“Hey Mike, nobody’s watching. Go ahead and pull your face shield up.”

My work is significantly less perilous now than in previous construction jobs I've had. As a friend says to me now, “It’s not like you’re drowning in your own sweat.” But, even though my current work is less inherently dangerous, when I leave my house I still tell my wife and children, “I’ll see you when I get home.” Think about those words. It’s a promise we make to our families. One that is not to be taken lightly. Yet for all of the work of leading safety thinking - advanced safety research, behavioral-based safety programs, performance-based safety, newly developed metrics, and new positive buzz phrases like “atta boys” and “good catch” versus “near miss" - fatalities and serious injuries across construction work have not dropped meaningfully.

Some seem to believe in “Safety First” - a mantra that, if we chant it long enough, will result in everyone going home safely. Obviously “Safety Second” is right out. Wait, I know; maybe we can use “Safety Third”! Shoot, Mike Rowe already coined it, saying, “...if we were to rank it [safety], it would rarely be “first.” Were safety truly “first,” no level of risk would ever be encouraged or permitted, and no work would ever get done. Or play, for that matter.”

The reality is that working safely, or rather carefully, is a state of mind. So let me break down three states of mind that result in poor safety outcomes.

Some workers see safety measures as unnecessary and are willing to cut corners where it makes sense to them, even if they’re fully trained in safety best practice and the project’s contractual stipulations. Take this situation for example. “Hey Mike, nobody’s watching. Go ahead and pull your face shield up.” Surprisingly, this isn’t a made-up story; I actually witnessed this conversation at a job site! Two contractors were installing fencing. One was talking with me, and when he found out the work site cameras were not functioning at that moment, he turned to his coworker, who was operating an angle grinder to cut reinforcement cable and told him he could pull his face shield up; which of course is not complying with the contract, nor overall good safety practice. They were both nice guys, but that was a willful action. And if they can’t willingly do something as simple as wear a face shield when using a high rpm, cutting and grinding power tool like an angle grinder, then what other safety best practices are they willing to skirt? Let’s look at our next character.

Busy Bobby, Distracted Denny, and Lazy Lee don’t try to break the rules; they’re simply too busy, distracted and lazy to get the job done right. They are workers who, instead of moving the JLG basket closer to the work, they will overextend and reach to handle the work, putting their lives at risk. Some actions are irreversible. Busy Bob, Distracted Denny, and Lazy Lee need to STOP. THINK. CONSIDER. ACT. Unfortunately, all too often stop, think and consider are eliminated in favor of “act”. These workers are just trying to get the job done quickly, are more interested in their phones, or are just trying to get by with minimum effort.

Not all safety infractions are committed by willfulness, busyness, distraction or laziness though. America is in a widespread labor shortage, and this lack of available talent is having a substantial impact on the utility industry. Forget the bench…it’s cleared. Utility contractors are hiring unseasoned, untrained workers right off the street to perform dangerous utility work.

A utility recently experienced a situation where a worker was injured because he was cutting down old pole sections that were too large. The contracting company was warned to cut smaller sections, and reinforce their training rigor. They promised their employees were fully trained and it wouldn’t happen again. Only weeks later, another employee was cutting down an old utility pole, and instead of cutting smaller sections, he cut down the whole pole at once, which fell the wrong way, into a nearly $1M work vehicle. Thankfully nobody was injured, however, the vehicle was a TOTAL loss. A director from the utility visited the site and asked some of the workers about their training, and they admitted they hadn’t had any training; they were just handed a chainsaw and told to start cutting. And nobody was onsite who had the experience or willingness to speak up and say something.

That’s what can happen with Un-Trained Terry. Thankfully it was just an expensive truck. If contractors don’t take their training more seriously, next time it may be a person standing in the wrong place. Amid a labor shortage with record levels of work, it’s even more justified to take training more seriously than ever.

However, the conundrum is: Do you want more information on how workers are performing on your work sites? Well, you need more observations. Do you want more observations? Well, you need to spend more money to hire people to sit and observe on-site. Do you want to spend more money to hire this army of observers? Well, you see the issue. You need a solution that can automate the observation process, and provide real-time alerts across dozens or hundreds of sites. Then use your team of experienced Construction Managers to address issues and build the safety culture you need.

A utility in the midwest has solved this issue by deploying CobraVision AI-enabled worksite safety monitoring cameras on over 50 of their substation construction sites. These are solar-powered trailers with 360-degree cameras empowered with CobraVision’s AI Computer Vision technology that can detect anything from missing hard hats, high viz and eyewear to equipment proximity issues and missing spotters when vehicles are in motion. Upon AI detection of an incident or potential incident, a Cobra Alert is immediately sent to a Construction Supervisor, even if they’re not onsite. They can then take appropriate action, to provide coaching or training. The result has been safer outcomes, and whereas substation projects used to be where most of the safety incidents occurred at this utility, these incidents have been nearly eliminated. The average utility Construction Manager has six or more projects under construction, and even though they can’t visit each site even once per week sometimes, they can use these cameras in several ways. They can log in to live streaming feeds to follow the progress and observe Busy Bobby, review historical footage if Un-Trained Terry causes another incident, and of course, they get real-time alerts upon CobraVision’s AI detecting various unsafe acts by Willful Willy. The utility also collects immense amounts of footage that can be used for additional training and used to hold high-quality conversations about how to optimize the work on their job sites. One Construction Director where CobraVision’s AI-enabled worksite cameras are deployed said, “We do a lot to improve safety, but the top two things that work are the SRM process and the AI-enabled worksite safety trailers!” 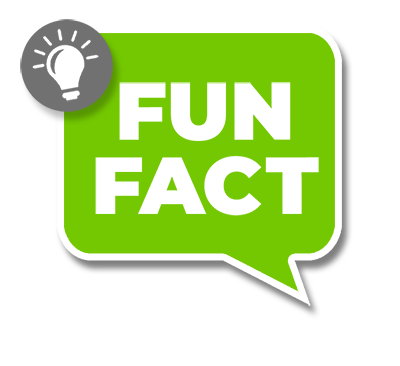 Who wins? Mongoose vs Cobra 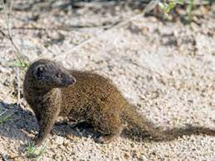 It has special powers--thick fur and a surprising immunity from cobra venom.

Like the Mongoose, CobraVision has special powers that allows it to function where often humans cannot--inspecting electrical towers at 1,000 feet and more. Contact the team at CobraVision. We don't have thick fur, but we have great answers to your challenges.

Just pick your type of challenge and prepare to simulate real life using LEGOs. You build, then we evaluate using AI. Simply sign-up and we'll send everything you need.

Get a quick, high-level snapshot of how AI from CobraVision achieves a higher level of predictability for safety, compliance and restoration.